Joe Reggiannini began his career working alongside his father Armando, where he learned the trade in 1970. He worked by his father’s side for nearly a decade, and in 1979, Joe purchased an oil delivery business, took over his father’s burner repair business, and merged them to create Reggie’s Oil Company, Inc. During the same year, Joe purchased Villa’s Oil and found himself with over 600 customers to serve. Having increased the size of his customer base, he realized he could no longer do both service and deliveries alone, so he hired a part-time oil driver.

Joe’s mother, Kathleen (known by most as Kay), worked as the company bookkeeper (without computers) for nearly thirty years before retiring. With the office in need of assistance, Joe’s wife Patty joined in and worked part-time while their three children were growing up and attending school. She eventually became full-time, and that’s where you can still find her today—side by side with Joe.

The original office was located in one room on Water St., Quincy. Eventually, we outgrew that space, and in 2008, we relocated less than a mile to 92-94R Franklin Street, allowing our oil trucks to be garaged from the New England weather elements. In addition, we now have a larger stockroom to accommodate our up-to-date inventory. The office size also has increased considerably, resulting in the ability to work more efficiently.

Joe has expanded the business over the years to now include the installation and service of the latest energy-efficient heating equipment and central air conditioning. Today, Reggie’s Oil employs five expert technicians and three skilled office staff personnel. The company serves more than 1,200 customers throughout Quincy and the South Shore. Reggie’s Oil continues to be known for personalized customer service and expert craftsmanship. 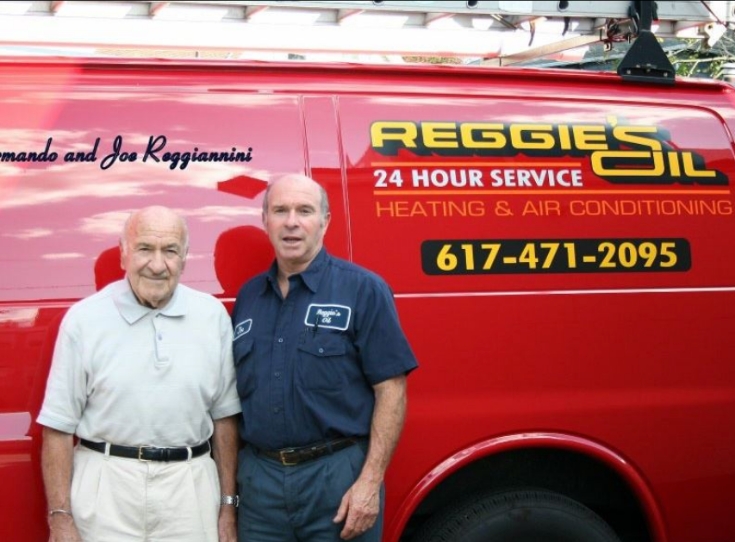 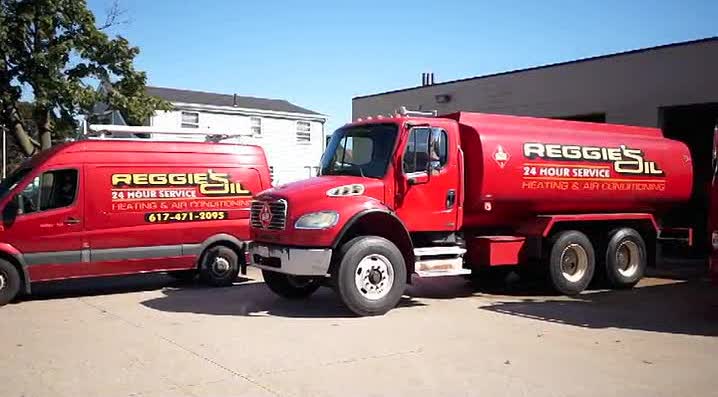 A WORD FROM OUR CUSTOMERS…